What are SFP Transceivers? 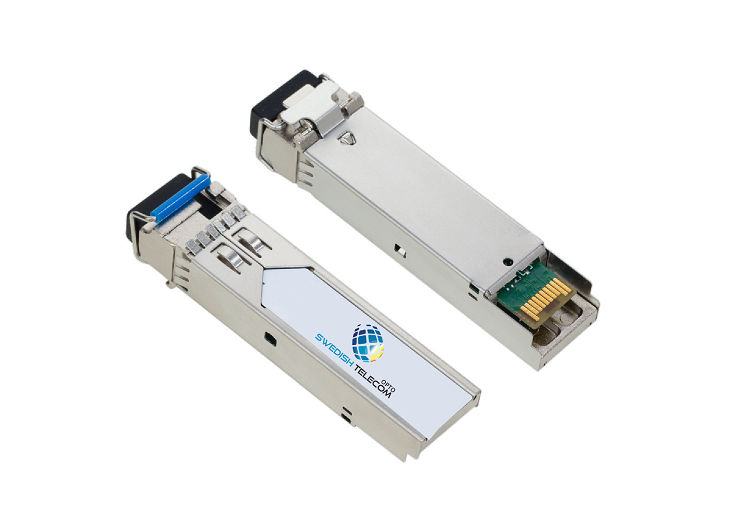 What are SFP Transceivers?

SFP is a small-scale form-factor pluggable transceiver that provides connectivity between a networking device and a cable. These compact, hot-swappable transceivers are widely used in data communication and networking.

An important feature of SFP over other transceivers is its ability to support different communication standards such as Gigabit Ethernet, SONET, and Fiber Channel. In addition to this, SFP optical transceiver can be easily adjusted to connect with both optical fiber and copper cable.

In today’s world where enterprises want high speeds. 10GSFP transceiver module which is also called SFP+ provides 10G speeds. The SFP+ modules are similar to SFP and their connectors and cables are also the same.

CWDM transceivers use CWDM technology. CWDM comes with a variety of receiver and transmitter types and provides a cost-effective solution to adopt Gigabit Ethernet and fiber channel. DWDM (Dense Wavelength-Division Multiplexing) transceivers, on the other hand, provide high performance and high bandwidth and accept multi-rate interfaces and protocols.

Where to get SFP?

With so many SFP modules, it is difficult to figure out the right one. With Swedish Telecom OPTO, you can get away with any problem that you will face while buying SFP modules. Our team will provide you 24-hour online support on our products and services. With a leading fiber optical solution provider, high-quality products and services are assured.