What and where to use 25G SFP28 Optical Transceivers and Cables?

Swedish Telecom OPTO > Blog > Resources > What and where to use 25G SFP28 Optical Transceivers and Cables? 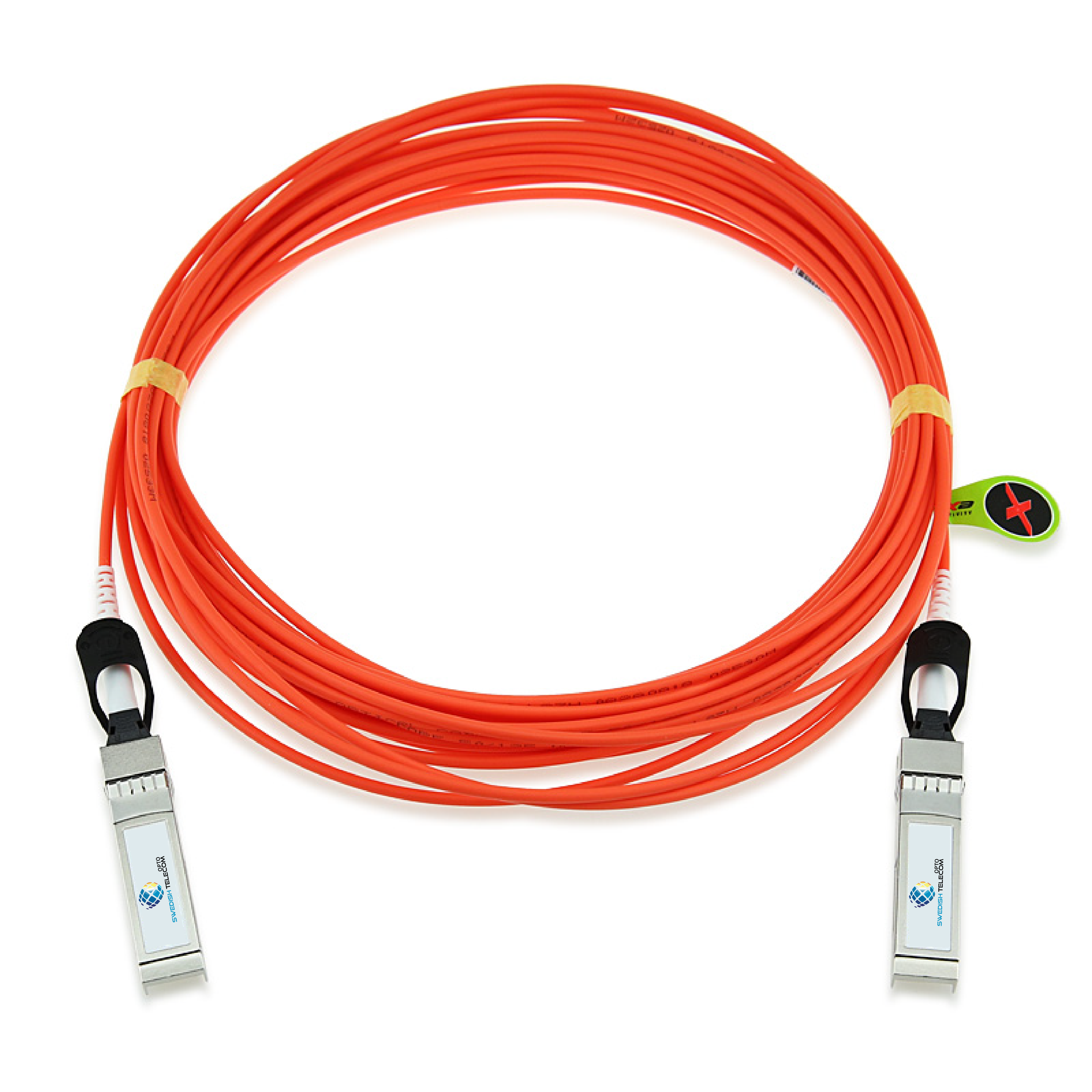 What is SFP28 transceiver? What and where to use 25G SFP28 Optical Transceivers and Cables?

SFP28 stands for Small Form-Factor Pluggable 28. It is the third generation of the SFP interconnect systems designed for 25G performance per the IEEE 802.3by specification (25GBASE-CR). The SFP28 is an enhanced version of SFP+ and is designed for 25G signal transmission. The SFP28 has the same common form factor as the SFP+, and supports 25Gbps electrical interfaces per channel.

It provides high bandwidth and transmission rates over short distances and offers a cost-effective way to connect within racks and across adjacent racks. It has the characteristics of low power consumption, small volume and high speed, which is beneficial to increase capacity of data center, improve port density and reduce power consumption. Mainly used in Ethernet, Data center internal network, data center interconnection and other environments and the 5G installations.

What is the difference between SFP28 and 25G SFP?

They are actually the same.

The “SFP” form factor was originally defined for speeds lower than 10G. When it was adopted for 10G, the name became SFP+ to denote the higher aggregate performance. The same SFP form factor was later adopted for 25G with the electrical interface operating at 25Gbps. The electrical interface is designed to work up to 28Gbps, hence the engineering and industry name is SFP28.

Can I use SFP28 Transceivers in an normal SFP+ ports?

The answer is yes, because SFP28 is backward compatible with 10G SFP+ ports and can be fully functional. SFP+ optical modules and SFP+ cables can be plugged into the SFP28 port, it will not supports 25Gb / s data rate if the switch port doesn’t support 25Gb only 10Gb.

The 25GBase SFP28 SR module underpins associations of up to 100 meters over multi-mode fiber and utilization MPO connectors. The frequency is 850nm and can reach up to 100M on OM3/4 MMF.  The short reach (SR) module is the most economic answer for move up to a 25G organization. 25G SFP28 DAC Passive Cable is a hot-swappable passive direct attach copper cable assembly (also known as Twinax Cable or DAC) with SFP28 modules at both ends. It is developed specifically as a cost-effective and lower-power alternative to 25Gb SFP28 optics and Active Optical Cables (AOC), to meet the increasing needs of higher bandwidth in data centers.

25G SFP28 to SFP28 Active Optical Cables are direct-attach fiber assemblies with SFP connectors. It provides high bandwidth and transmission rates over short distances and offers a cost-effective way to connect within racks and across adjacent racks. They are used for longer distance , up to 70 meters.

When is FEC needed?

Swedish Telecom Opto items are viable with all significant switches and workers brands. You can check all the viable records here. https://www.swedishtelecomopto.com/collections/25g-sfp28